Al-Shabaab kills 147 students in Kenya. Boko Haram kidnaps 276 young girls in Nigeria. All in the name of fundamentalist Islam.
Priests have abused children.

This must surely mean that religion is evil and the teaching of any religion to kids is such a bad idea that we should get rid of it altogether. But religion has also generated a ton of good – think of those who started the leading charities Salvation Army, Red Cross, World Vision, TEAR fund and many others. They have been active in the fight against slavery and oppression of women.

So, lets replace religion with science. Clean, objective and measurable.

Science has produced penicillin, vaccines and open heart surgery. I am a scientist and I love it. Yet… science has also produced bad outcomes, such as bioterrorism, like the bacterium that causes Legionnaire’s disease and would induce a rapid, contagious form of multiple sclerosis, or unethical experimentation like Joseph Mengele using science to hurt innocent captive concentration camp internees. Alfred Nobel, of Nobel Prize fame, invented dynamite which can bomb people or build dams – it is people who bomb and people who build. A knife can heal in the hands of a surgeon or kill in the hands of a psychopath.

So both religion, science, and almost anything else can be good or bad. Ignorance is one of the key drivers that turns good things into bad. Any reaction to bad things that happen ‘in the name of religion’ removes the chance of objective discussion of religion/culture from our schools. This would be a retrograde step and runs the risk of leading to more ignorance, more bigotry and more negative outcomes.

In a recent article in the Sydney Daily Telegraph author and historian Dr John Dickson, discussing the removal of a well-managed program of religious education from schools, stated that ‘None of us wants our children proselytised. Religion should ­neither be imposed nor excluded’. It does not divide us any more than ‘dividing students into school houses, sports teams, grades, reading levels, boys and girls. But removing the program isn’t neutral. It’s an act of cultural vandalism. It condemns our kids to ignorance about a key dimension of human life’.

It is hard to make a case for removing the cultural aspects of religious education from our schools and communities. They underlie our ways of living, our laws and our language. To remove discussion of them removes the chance of children to learn about them. 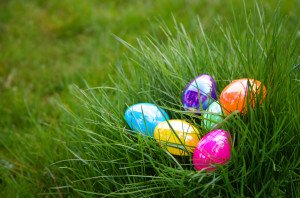 I started thinking more about this a year ago after Easter, when on the front page of our local newspaper was the headline “Mum cross over ‘sly’ Easter eggs”.

An Easter egg hunt had been organised by a church, via the local council. The problem arose when a local pastor stood up at the end and told the kids the origins of Easter and hence the Easter egg. As an agnostic she was offended by this (by implication, she would have banned her kids from attending if she knew that an explanation would follow the hunt). And of course she has a perfect right to choose to do so. But what I worry about is her disinclination to expose her children to what I call ‘cultural explanations’. If we don’t allow our children, and indeed the rest of society, to understand the origins of our cultures then we don’t have multiculturalism, we have zero-culturalism. We won’t understand anything about the culture that surrounds Islam, Buddhism, Judaism, Christianity, atheism or any other belief system.

I was always worried about that with my kids. As such, we tried to expose them to different ways of thinking, and different beliefs. At a minimum we thought they would understand why, for example, Muslims celebrate Ramadan and Judaists celebrate Passover. At best we wanted our kids to make informed choices about what they believed in life. Maybe all the kids at a school could have a mini celebration of Eid, Christmas, Passover etc. That would at least reduce tensions between cultures and, secondarily, give the children more opportunity for informed choice in their belief systems, rather than blindly following, or blindly rejecting, the beliefs of their parents.

Another recent example in our city of how zero-culturalism can create problems occurred when a school principal banned the Christmas pageant one year because of the presence of Muslims in the school.

The non-Muslim parents got upset and felt a bit bitter towards the Muslims. But when they checked, the Muslims hadn’t complained at all – indeed they wanted their kids to see the Christmas pageant in order for them to understand their new culture – that is just the sort of non-proselytising multiculturalism we are encouraging here. It actually turned out that the school principal was apparently a strident anti-Christian and he took the opportunity to shut down the pageant. But do you see what happened here – zero-culturalism created tension and bitterness – where true multiculturalism would not have done so.

Children will tend to pick up aspects of their parents own particular belief system – atheists tend to beget atheists, Baptists beget Baptists, Hindus beget Hindus and Taliban beget more Taliban. This doesn’t always happen, but most commonly it occurs because parents are powerful forces in shaping a child’s early beliefs. And children’s opinions will be strongly influenced by what we say and how we live out our beliefs.

I am a scientist who is trained to always examine the evidence and arguments with an open mind. This creates a conflict in my mind and possibly in yours, when it comes to what we want our children to believe. I know many parents who agonise over their children’s beliefs, and how to influence those beliefs.

Because it is easier for kids to rebel against dogmatic parental views than against rational, fair arguments from an open minded parent, I urge my kids to think things through for themselves. I am confident that my own faith is built on firm foundations, not mere dogma. As a result, even as a Christian, I happily encourage my children to examine other views for themselves. This is not a postmodern affirmation of all opinions; it is rather an encouragement to examine all viewpoints openly and determine which one(s) they consider to be valid. I wish Taliban leaders would do that for their kids, especially when it comes to considering the role of women in society.

My oldest son Simon once asked me, when he was about eleven years old, “Dad, our school is going to hear the Dalai Lama speak today. Is he on our side, Dad?

This idea won’t please some parents because it will create a fear that their children, having examined other ways of thinking, might choose one different to them. But I think the opposite often applies – many children of dogmatic parents have rejected utterly and permanently the belief system of their parents because those beliefs have been pushed on them without a rational basis and without them feeling that they have any real choice, i.e. ‘believe/don’t believe, or else’. In contrast, where children see that their parents beliefs are based on a solid foundation and that their parents live out those beliefs congruently, and that their lives are enriched by it, it is harder to reject them.

I know that if I don’t encourage my children to find things out for themselves they might either cling resolutely to dogma, or spend their lives living in reaction to it, neither of which is healthy, intellectually honest or a solid foundation for life.

So, I encourage you to press for true multi-culturalism, not zero-culturalism, and then we might have less racism, less cultural tensions and more intelligent debates about life, science and society.

If you would like to read more about faith and beliefs in parenting – have a look in Daughters and their Dads. Macsis Publishing. Bruce Robinson.