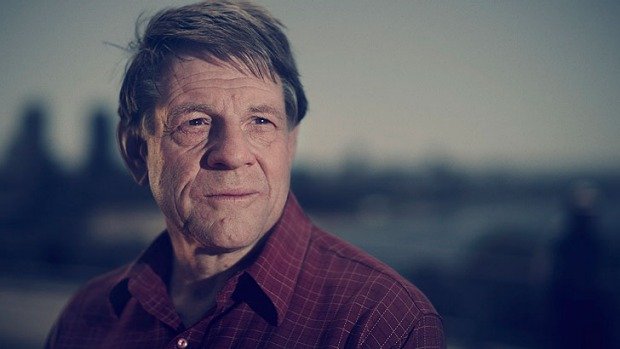 Today is W.A. Day – celebrated on the first Monday in June each year to commemorate the founding of the Swan River Colony in 1829.

On Friday night, I attended the W.A. day banquet dinner. The new Western Australian of the year was announced. Two years ago, when they chose me, it turned out to be a very profound experience. It was a very exciting and moving evening, and I was honoured to be chosen. But one of the most profound things actually happened the next day.

Jacqui and I had already planned a quiet weekend in the hills, in a retreat bungalow with an open fire and a bottle or two of wine. Later that night, we went for a walk and passed an old colonial school house. I looked at that old schoolhouse and thought of my ancestors. They had arrived in the Swan River colony in the mid 1800’s as dirt-poor farmers trying to make a living. Their exciting but difficult history – full of tragedy and triumph now forms a part of my sense of self. But when I thought of them arriving in that new colony, and the enormous struggles and grief they experienced, it suddenly struck me that I had just been chosen as the Western Australian of the year and that made my eyes fill with tears. I kind of wished they knew about it.

That experience has made me think about what I love and what I don’t love about W.A..

31 years ago, when I had finished my doctorate in the United States, I was offered several jobs in the USA and one in London. We chose to come back here to W.A. It has worked out incredibly well for us on every front.

What I love most about W.A.

Like just about everybody, I think W.A. is a fantastic place to live. In the past week we have been to the beach and kayaking on the river. I used to windsurf 5 minutes away. There is no problem getting access to good art, music and an outstanding health system. There are sporting grounds on every suburban corner and if you choose to venture a bit further, there are fabulous desert areas to camp under the stars or gaze at the red hills and experience the often-transforming wonder of these deserts. 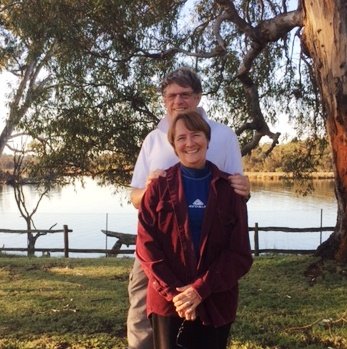 I love the way that people here love to laugh, seize the day and are unpretentious. One thing about life in W.A.is that its residents understand that you can live a rich and full personal life and be successful at work. I say this because many of my friends in the USA consider it an either-or, i.e. you have to choose one or the other. I sometimes wonder what my life might have looked like had I chosen one of those higher power jobs in the USA. I suspect I still would’ve found my way back here.

What I don’t love about W.A.

People complain about W.A.- they say it has narrow-minded views and a lack of social activity. I don’t find that at all, but I do find it frustrating that we can lack a ‘future vision’.

I have heard often that our corporations, government and communities only think in the short term and to not make long-term investments. We are currently being found out for this attitude, as resource prices plummet and the state suffers because of that. Many of us are working hard to try to get government and industry to look much further ahead in W.A. and think about how our relative wealth can be turned into better health and a better social dividend. 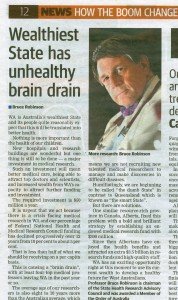 For example, I am chairing a committee aimed at creating a future fund from which the interest can be taken for investment in health and medical research, with the goal of improving the future health of Western Australians i.e. to take our current wealth and turn it into future health for our children’s generation. By coincidence, this is called the FutureHealth WA strategy. It has enormous potential for this state, and it is very exciting to be involved in it, though also frustrating because of the difficulties in getting long-term investment in such things. If we don’t do this we will continue to struggle to deliver in this area, continue to experience a brain drain and run the risk of being called ‘the Dumb State’ (in contrast to, say, Queensland, who invested heavily in the future and where even the number-plates say ‘the Smart State’].

This short term attitude of W.A. is in contrast to that of a similar location, Texas. The resource rich state, focusing on its largest city Houston, realised that they could not continue to responsibly rely just on resources. Therefore the corporate leaders got together and asked themselves how they should invest in the future and chose two areas of focus. One was space technology (of course) – ‘Houston, we have a problem’. The second was in the area of medicine and health research, to achieve exactly what I described above. The Texas Medical Centre has now been developed into one of the leading medical centres in the world. I wish here in Perth we would do that as well. Another future dividend could be a social dividend. Instead of waiting until problems occur and trying to fix them, such as more jails for criminals and more drug rehabilitation centres, why not try and stop these problems with a long term investment in prevention. And I don’t just mean education… that is a reflex word with limited success. One example is our work with the Fathering Project. It is statistically undeniable that if every child and adolescent had a strong and appropriate father-figure then the incidence of crime and substance abuse, to name just two increasing problems, would plummet. Why not invest more in activities such as the Fathering Project and similar strategies that could ‘turn off the tap’ insead of ‘mopping up the water’. Again, the short term view is frustrating because it won’t work. I find that our leaders are good people – and the public perception that they are selfish and untrustworthy is just not generally correct. But they need to be encouraged to lift their vision to the horizon.